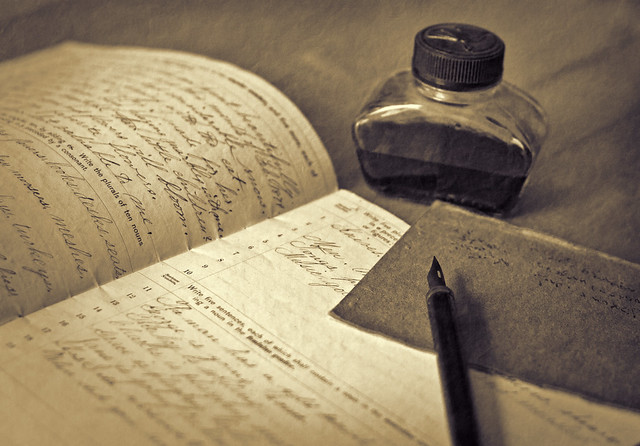 Salutations to you and your ilk, away in the toils of Chibyula. I can scarcely imagine the terrors that lurk beneath the stories that the folk hath done away with. Insects, acid drips, fingernails and the lack of a proper mattress. The horror of your suffering! Even we, within the Federation, quail at the terror you have endured, whether blood or conditional suffering. After all, the Federation knew of the risk they were taking, shipping off their best to unveil this uprising within a budding country like Chibyula, where the mighty lion roars at night!

I feel, admittedly, dismayed at what has befallen you there, especially on the part of our fault with the placement. After all, who would have thought that the Seers had miscalculated the relative danger of the situation? Why we were practically loading you into a warzone? The qualms of the uprisings could never have been prompted by the misdemeanours of their republic! Why our implementation of labour and free press acts led to no seamless acts of violence, aside from those pesky ‘radicals’ and so-called ‘freethinkers’? Pity the filthy Chibyula and its lack of proper enforcement – suppression and peace implementation is paramount to the functioning of a successful republic!

We hope that you, among others, will accept our heartfelt consolidations to the plight of your current situation. Why the suppression of such free speech from a neighbouring superpower ought to be met with full-scale war from our offices? The officials are being dispatched as we speak, and you needn’t fear the authority of these Chibyula peasants. Soon, we shall have you back at our glorious Federation, where the glorious reign of the authority and freedom of speech will triumph over the future of this gruesome and bloody uprising!

My best wishes to you and others.

It has been quite some time – nine months, I believe? I hear of great difficulties that have beset your sentencing. Damnation, so to speak, is not a foreign term for the Chibyula Republic. What with their crackdown on the recent uprising it seems that they will take no lenience with their processing of war criminals.

I say war criminals, in this case, as it has become increasingly obvious to the Federation that your actions are outside our diplomacy, and indeed our process of justice. The Chibyula Republic has been grateful enough to comply with our demands for your charges, and has detailed your actions within their country, including and not limited to: intelligence breaching, burglary, theft, falsifying news and attributions, smear campaigning, yellow-paging, whistleblowing, damaging national security, and promoting doctrine that is unconstitutional to the Republic.

My dear Grierson, what on earth am I to say to the officials? Have you no sense as to abuse your privileges as the representative of the Federation Press? Your reputation within the Board has always preceded you, and time and time again you have been one of the few we can rely on for your accurate, diligent service to our rule. To think that the report has detailed your part on such an uprising…just the thought brings me great shame! This pesky uprising within the Republic has almost been sorted out to its own ends – the resistance has been crushed, dismantled, scattered throughout the wastes and their leaders examined for information. And such is the nature of this world – where the populace triumphs over the needs of the few, and the rule of the greats cannot be constrained by the small! Chibyula has managed to untangle its own ends, and we have always stood by its budding reign.

Our representative is currently complying with the Chibyula Disciplinary and Correctional Board of Justice for consideration of your release. I will still wish you all the best – not as a colleague, but as a friend.

I believe that it has been almost one year and a half since my last letter. During that time rumours have emerged within the Board of your disgraceful actions against the Republic of Chibyula, which has prospered into a noble and wealthy country of great value to the Eastern Orthodox trading scheme.

Rumours, I am afraid, that have become solidified in the processing of evidence against your sentencing. Perhaps you should have known better, seeking a job with us. After all, your work has taken you to some of the most dangerous places in the world! Why, I still remember the last time you broke the liquidation scandal surrounding the Maxwell Oil Refinery, or the time that you braved the Northern Arctic winters in an attempt to showcase the Federation’s effects of this so-called ‘global warming’.

I fear that this prior evidence, along with the plethora of other evidence suggesting your guilt of breaking constitutional law, has otherwise confirmed your prosecution. And what can we expect? Your coverage of the uprising would lead you to your recruitment into the cause? It is truly reprehensible, Mr. Grierson, that you would attempt to abuse your entitlements for such gain!

I am afraid that your colleagues do not fare to well either. Our compliance act has webbed everyone in together. For now, they will hang for their trespasses. After all, if the ringleader is bad, then the rest will all be bad too! There is no shame in feeling ashamed, Mr. Grierson, as it is entirely your fault. You allowed these men to take the blame with you, and so it is that they will be met with the same fate.

And with that, farewell. I will no longer regard you as a member of the Federation, if not anything. This is the price you pay for going against the rule of the mighty.

Out of your Comfort Zone: Woman-Focused Resources

Writing on the Wall: From White Feminism to Intersectional Feminism

You Are Here: The Women’s Collective

I Don’t Get It: TERFs

But How Does the Clitoris Actually Work? Ladies, We Need To Talk: Podcast Review

Soul of Sirius: Meet the 90 year-old fighting for one of...

ABOUT US
Grapeshot is Macquarie University’s Student Publication. We produce content made by students for students. Students from all Macquarie campuses contribute written pieces like human-interest stories, works of art, videos, music, poetry and photographs to be published either in Grapeshot, the magazine, or Grapeshot Online.
Contact us: grapeshot@mq.edu.au
FOLLOW US
© Grapeshot Magazine - Website Developed by Timo Jarvinen
MORE STORIES

But How Does the Clitoris Actually Work? Ladies, We Need To...